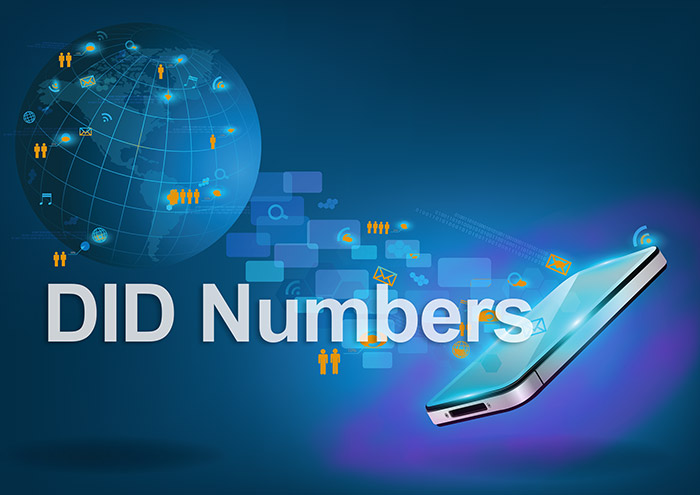 It is necessary to comprehend the technical aspects of the DID number. A company can accept a set number of phone numbers distributed across a much smaller number of physical phone lines. A hundred phone numbers, for example, can be distributed across seven or eight physical phone lines. These telephone lines are referred to as trunk lines. As needed, different numbers can be assigned to these trunk lines. DID numbers speed up the company’s inter- and intra-communication, resulting in a higher overall satisfaction ratio among employees and customers. DID numbers allow incoming callers to dial directly into a phone extension without using a live operator or voice response menu. This enables businesses to scale their existing phone systems and expand globally. Let’s see how your customers get to benefit from DID numbers:

In any business, the cost is always put first. The cost of the employees who work remotely and must communicate with one another to do business can be reduced for the organization using DID numbers. If your company is a significant firm and you get thousands of calls daily, this might save you a lot of money. DID numbers can be created in one place and then assigned appropriately to other sites. Compared to a conventional setup, getting numbers done is considerably less expensive for the business and is simple to install. To get the affordable did number service, it is best to approach Knowlarity. They will offer excellent did number service for much business.

DID numbers can be used to monitor your marketing objectives as well. If you are considering advertising your company on various media, such as television, radio, the internet, etc., you can give different numbers to each ad and then monitor their success by counting the calls made. This will indicate how well your advertisements are doing and which advertisements are performing the best and the worst in the market, allowing you to make the required adjustments. Thus, you should do it now if you have not yet purchased your first DID number. These were some of the advantages of using a DID number.

It is much simpler for a set number of calls to be made simultaneously with the aid of DID number. Eight physical phone lines are used to distribute a hundred numbers. Eight phone calls can now be made at once. Additionally, the PBX automatically routes calls from the designated phone number to the proper office location when a call is completed. Choose the best DID number service provider who offers good service.

A call center’s efficiency is increased by DID numbers’ means of improved employee communication, and the agents find it easier to manage follow-up. Customers can contact the same individual by using the dedicated extension once they have called the specific number provided to them. In addition to speeding up the entire service process, this ensures better customer relationship management.

Another advantage of DID numbers is international expansion. Due to the fact that these are virtual numbers, the end user is not required to be physically present in the nation where the phone number originates. The majority of the 195 nations around the globe offer DID numbers. Anywhere in the globe can receive calls from these numbers that can route calls worldwide. There are not many obstacles in the way of businesses beginning their international expansion. Direct inward dialling allows even small and medium-sized businesses to enter profitable foreign markets.

Having a connection with others in your office is the advantage of DID numbers. For instance, your company might assign distinct phone numbers to various teams or departments. In other words, customers can call a direct number for each significant department. To the extent necessary, you can allocate DIDs to the sales, marketing, accounting, and other departments. In addition, you have the option of assigning these numbers to a particular person as well, based on the need of your company.

Progress Your Business Across The Country with DID Numbers

The technology routes voice calls via internet protocols to an end destination that can be anywhere in the world. Knowlarity offers the best DID number services, which aids in the growth of your company throughout the nation.